Bus routes will change to make it easy to connect to O-Train Line 1. The O-Train provides frequent and reliable service through downtown Ottawa and has room for up to 600 passengers on each trip.

All of these routes will be removed from Albert and Slater Streets, LeBreton, Mackenzie King Bridge, and Laurier Station. 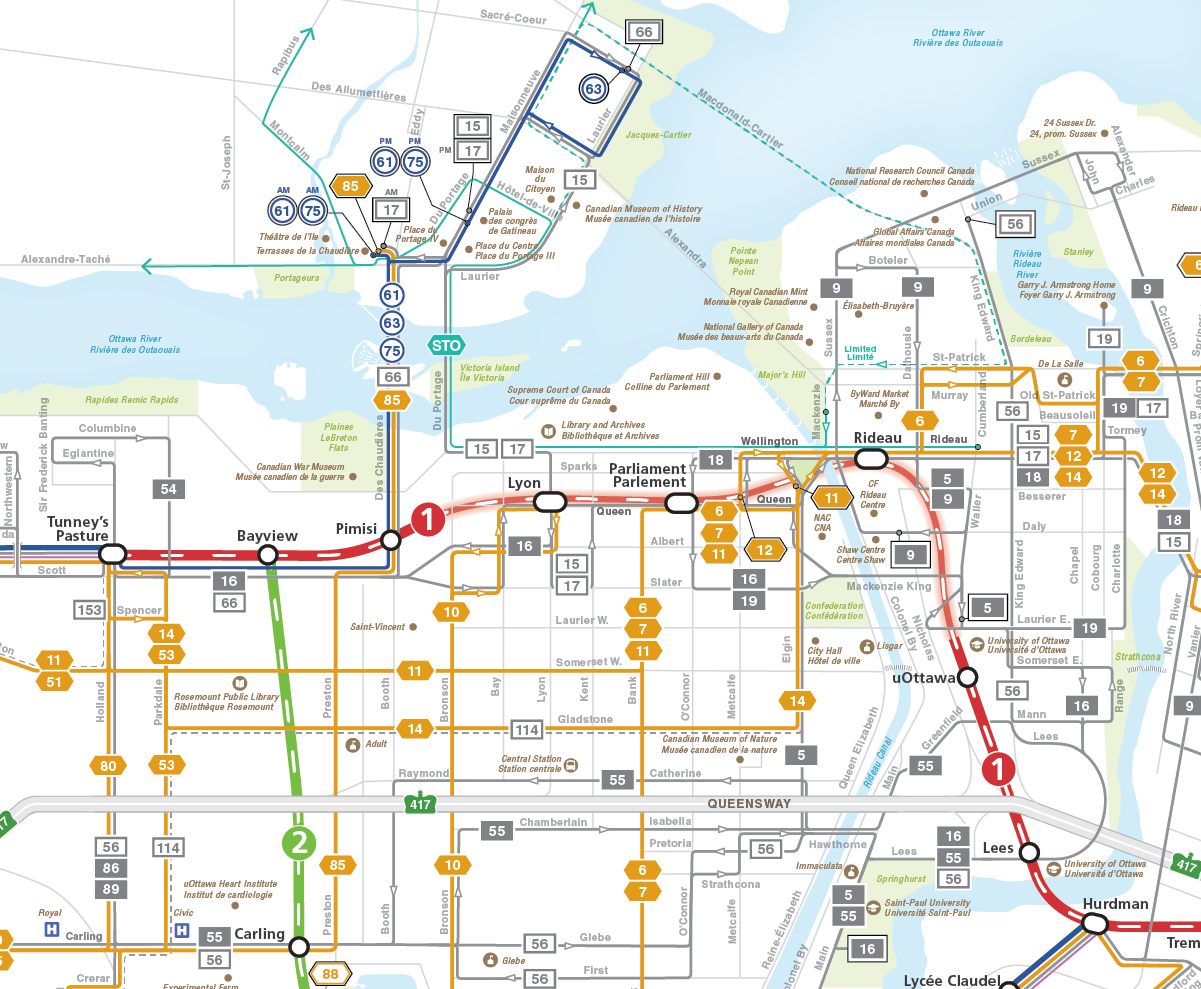 Routes splitting into east and west

Bus routes that currently cross the city through downtown will be split into an east section that ends at Hurdman or Blair, and a west section ending at Tunney’s Pasture.

Along with over 100 route changes, most routes will have new schedules. Trip times and frequencies of service have been adjusted to provide good connections with O-Train Line 1 and to meet current passenger volumes.

Additional trips have been added to routes serving key destinations.

Scheduling or frequency changes will affect trips on many routes:

Many existing Local bus routes will be extended to connect with O-Train Line 1. Four new Connexion routes will also begin service on October 7.

Night routes travel through downtown to Rideau Station, serving all O-Train stations along the line.

Current school service will be adjusted to match new route numbers on many Local routes, and to provide better schedule connections with Line 1.

Changes will affect trips on routes:

With the opening of Line 1, bus routes will be adjusted to improve the connection to Canadian Tire Centre. Starting with the Ottawa Senators game against the St. Louis Blues on October 10: 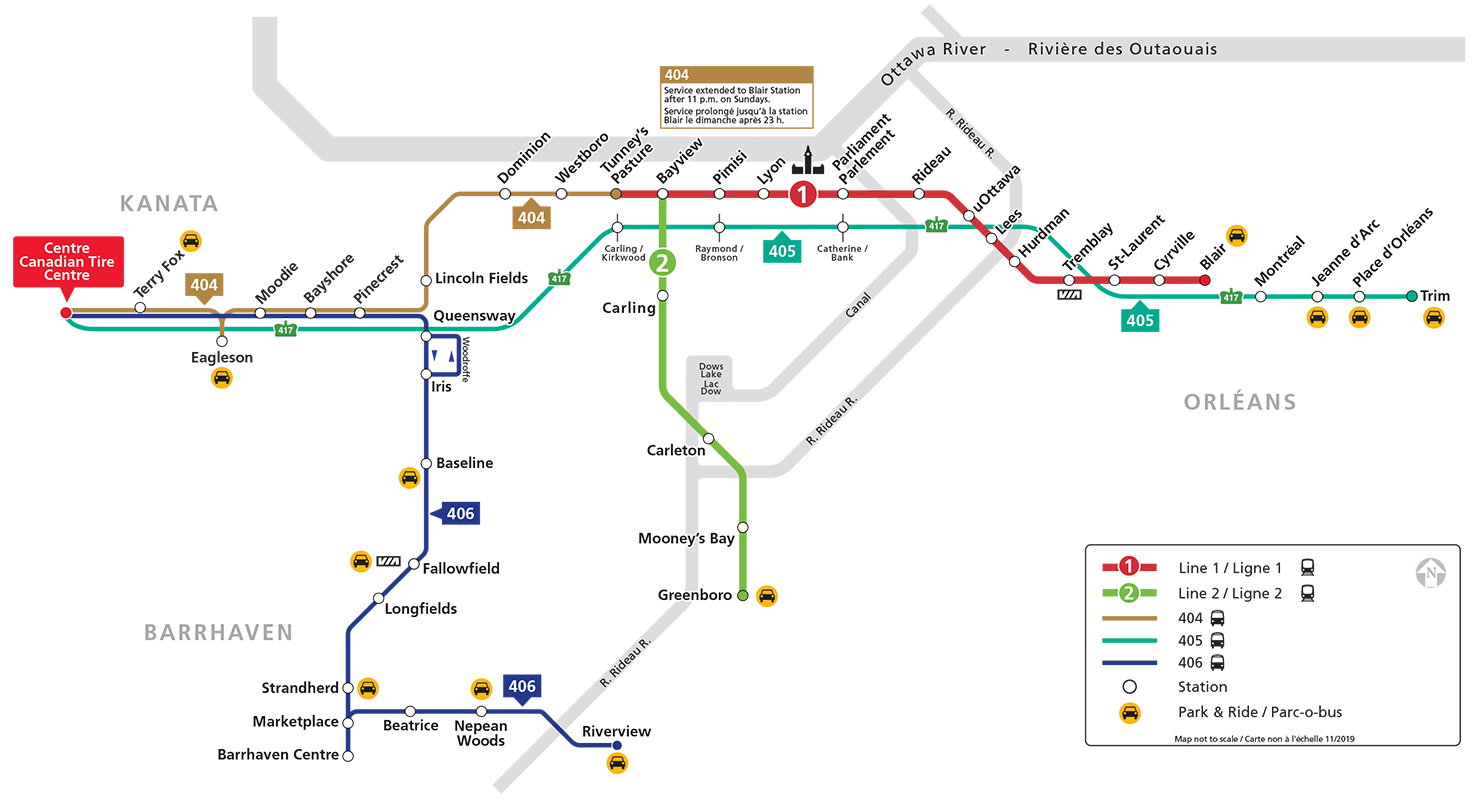 Rack and Roll will continue through the end of October. Bikes can be taken aboard O-Train Line 1 year-round.

In the new service network, buses will be equipped with bike racks on routes:

Work on Ottawa roads continues into October and could lead to service delays and detours. Sign up to receive the latest service alerts by email or text message.

You can also check out the Alerts page for a full list of ongoing and planned detours.