When you enter an O-Train station and go through a fare gate, you will be in a “fare-paid zone”. You will not need to tap or scan your fare on the train platform or onboard the train.

If you are transferring to a train at Greenboro, Hurdman, Blair and Tunney’s Pasture stations — your bus will drop you off inside a fare-paid zone, which means that you will bypass the fare gate and will instead be able to board your train as soon as it arrives. There is no need to go through a fare gate.

If transferring from train to bus at Greenboro, Hurdman, Blair and Tunney’s Pasture stations, buses will pick you up within the fare-paid zone with all doors open for fast boarding.

At Bayview Station, train platforms for the Confederation Line (Line 1) and the Trillium Line (Line 2) are both within the fare-paid zone, so you can transfer from train to train without having to go through another fare gate. 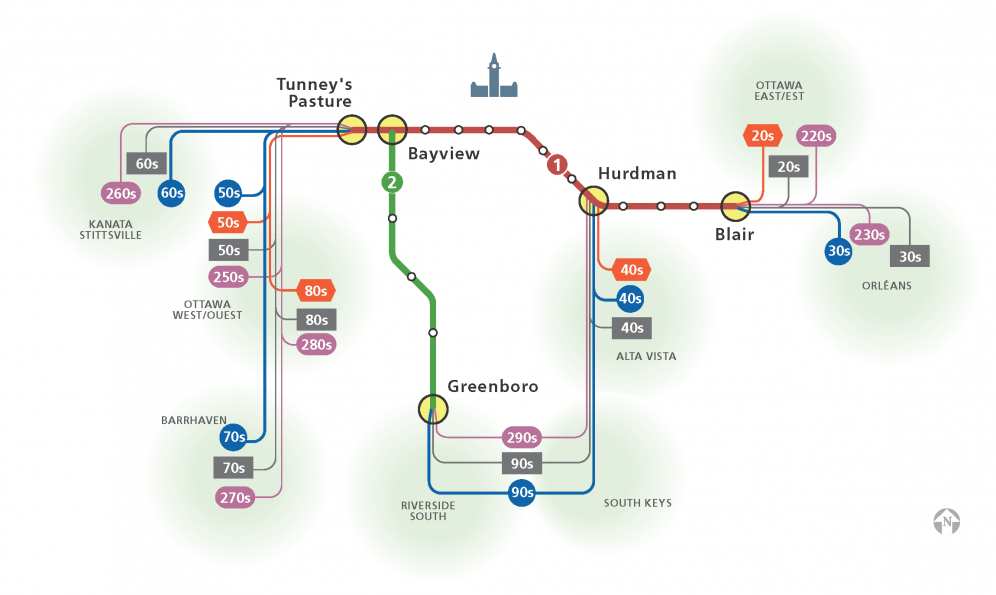 Stations at which transfers occur within a fare-paid zone

If you are not transferring at Hurdman, Blair,  Bayview, Tunney’s Pasture, or Greenboro, you will need to go through a fare gate before making your way to the train platform.

To open the fare gate, simply tap your smartcard or scan your paper bus transfer.