How will I get to it? 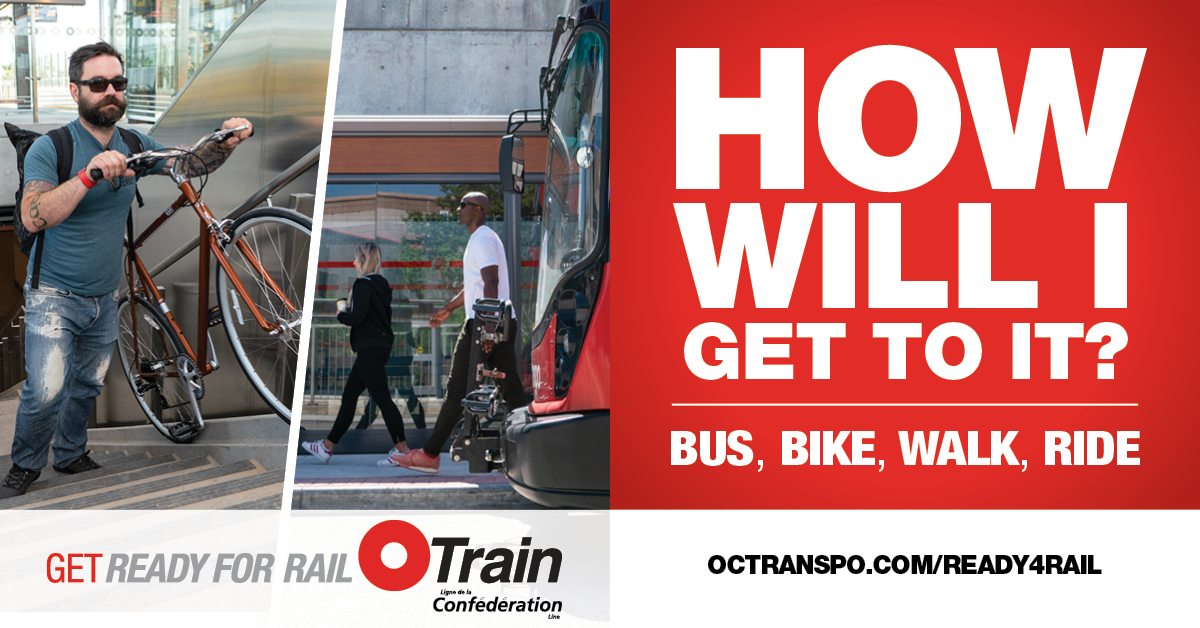 Many customers will travel by bus to connect with the O-Train Confederation Line.

More than 100 different bus routes will connect to Confederation Line stations. You can ride a Rapid or Connexion bus route from a suburban or rural Park & Ride lot, or catch a Connexion route at a bus stop close to home. In many neighbourhoods Local routes will also provide a direct connection to the train. Sixteen Park & Ride lots and every residential area will have at least one direct bus route to the Confederation Line.

People approaching from a distance will see an illuminated red O symbol mounted on a post (“pylon”) and a lantern box at each entrance identifying the station-name. The O is also repeated on back-lit station-name signs above the doorways. 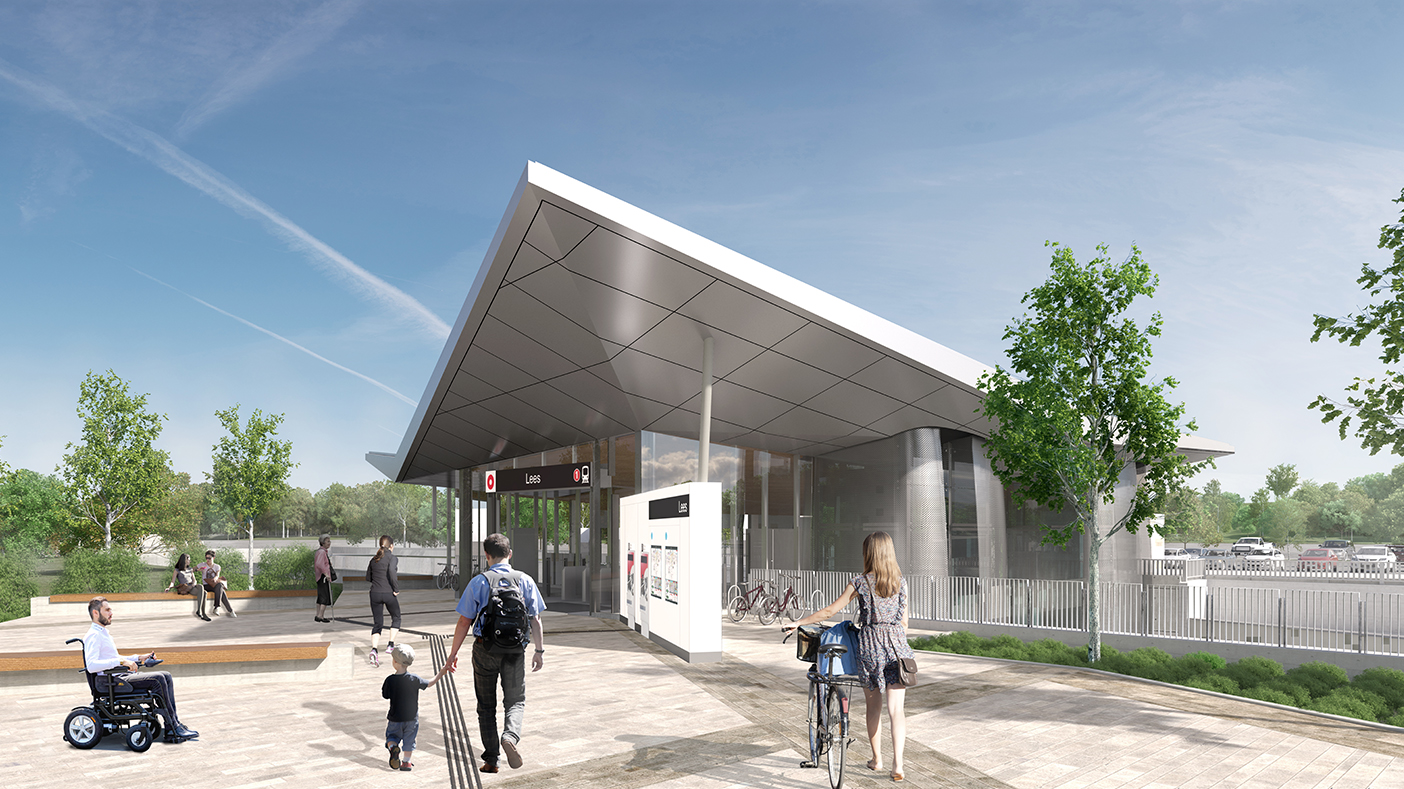 All stations have been designed with cycling connections and bicycle parking. Within stations, signage will direct you to nearby multi-use pathways, and bike “runnels” will let you easily walk your bike up and down the stairs.

Bicycles will be permitted in the first car of every train, in the shared Cooperative Seating section. When boarding trains with your bicycle, you will wait in the green marked area on the platform, and then board by the first door at the front of the train.

Bicycle racks are available on buses from late April until late October. The Rack & Roll program continues to be available for riders transferring between bus and train.

VIA Rail passengers arriving at Ottawa Station can take advantage of a covered pedestrian connection to Tremblay Station to comfortably transfer to the Confederation Line. 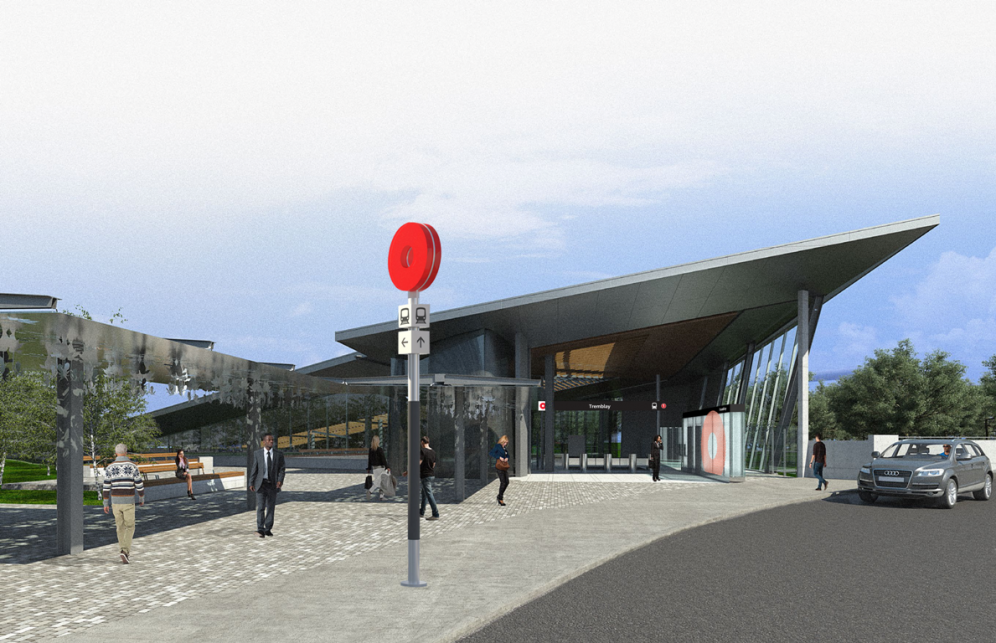