Select an option below and then input a destination or origin and travel time.

The Canadian Tire Centre (CTC) is home of the Ottawa Senators and host of major concerts and events. Service to the CTC is based on the size and time of the event and may change. 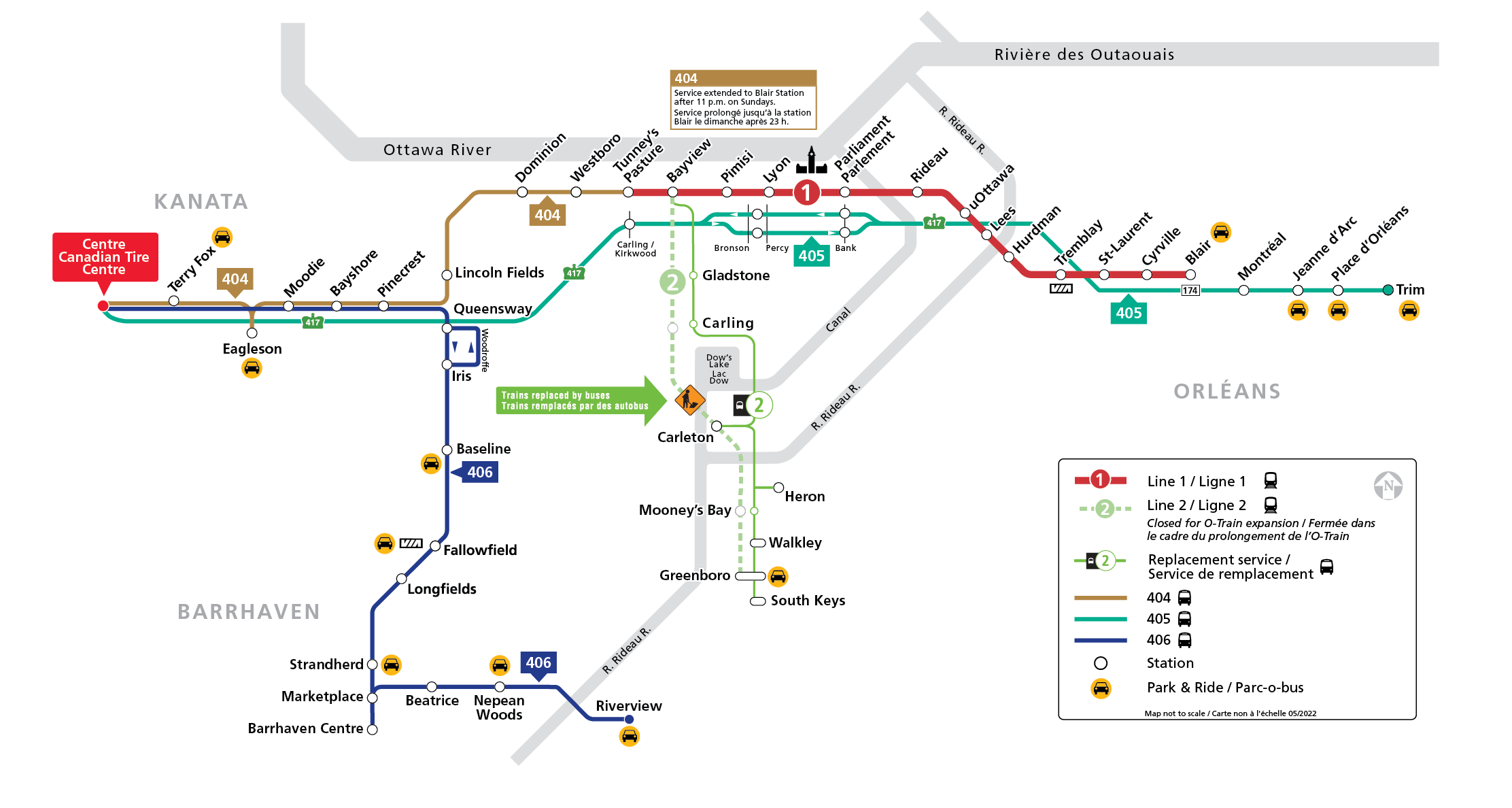 Service from Tunney’s Pasture Station to the Canadian Tire Centre.

Travels via the Transitway between Tunney’s Pasture and Terry Fox Stations.

Return trips are extended from Tunney’s Pasture to Blair outside of Line 1 operating hours.

Service from Orléans with stops at Trim and Place d’Orléans Stations.

Adjusted to serve stops along Catherine, Raymond, and Carling previously served by Route 401.

Service from Barrhaven with stops at Riverview, Strandherd and Fallowfield Stations.

After the event, your 400-series bus will wait for about 15 minutes at the same stop where you were dropped off.

Regular service to the CTC

Weekday service to the CTC. This route connects to Line 1 at Tunney’s Pasture Station.

Service to the CTC from Kanata and Stittsville 7 days a week.

For better reliability, starting about an hour before major events, Routes 62 and 162 are detoured away from the CTC. Service is available at nearby stops on Huntmar Road and Palladium Drive.

Get travel plan to Ottawa Senators vs. Edmonton Oilers

400 series service will be in effect.

Get travel plan to Ottawa Senators vs. Calgary Flames

400 series service will be in effect.