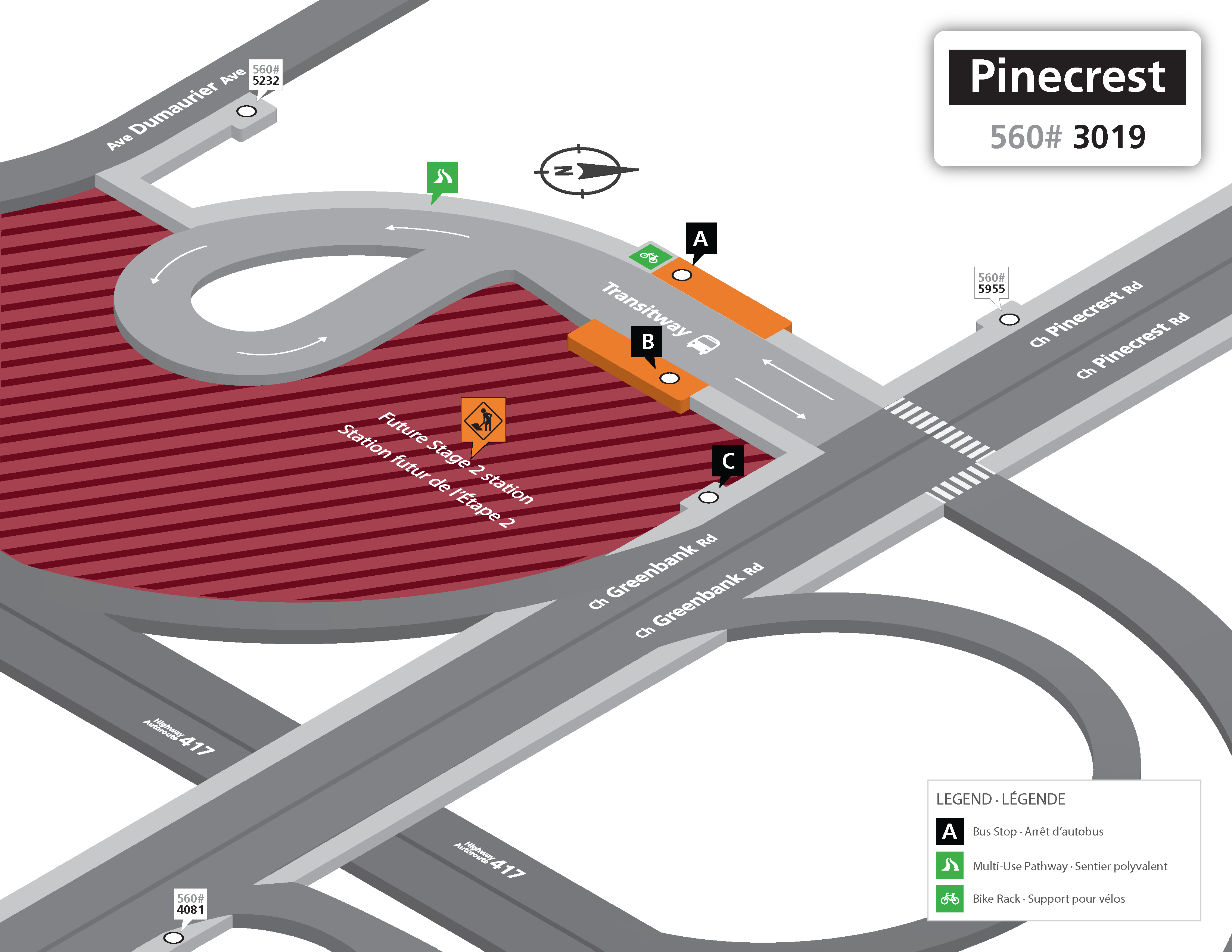 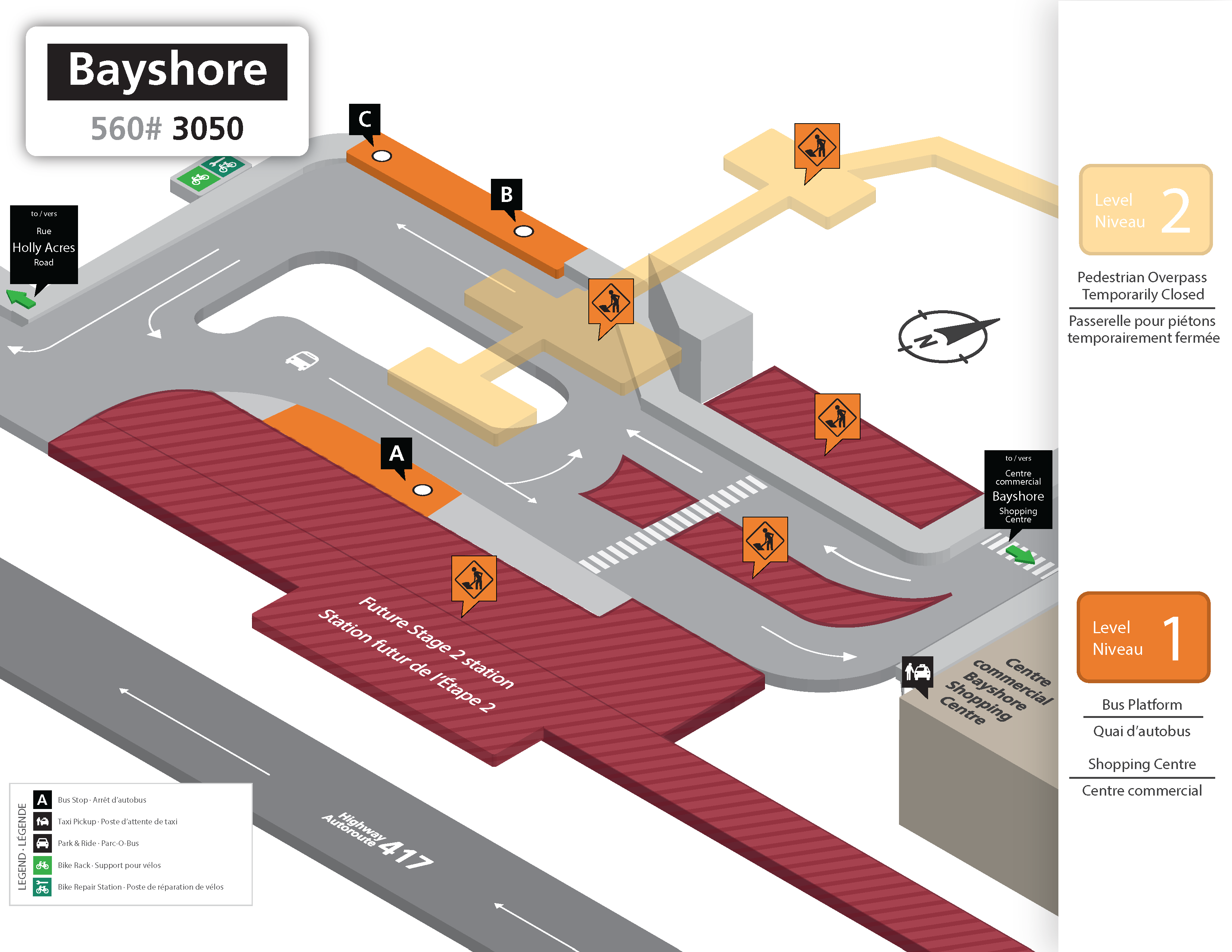 The Transitway between Pinecrest Station and Bayshore Station will be permanently closed. Several routes will be impacted. Pinecrest and Bayshore stations will remain open with stops relabelled as A, B, or C.

Additionally, the Highway 417 westbound off-ramp to Pinecrest Road will remain closed until May 1. As a result, several routes will be detoured between Lincoln Fields and Pinecrest stations.

The Transitway between Blair Station and R.R. 174 closed permanently as of February 14. 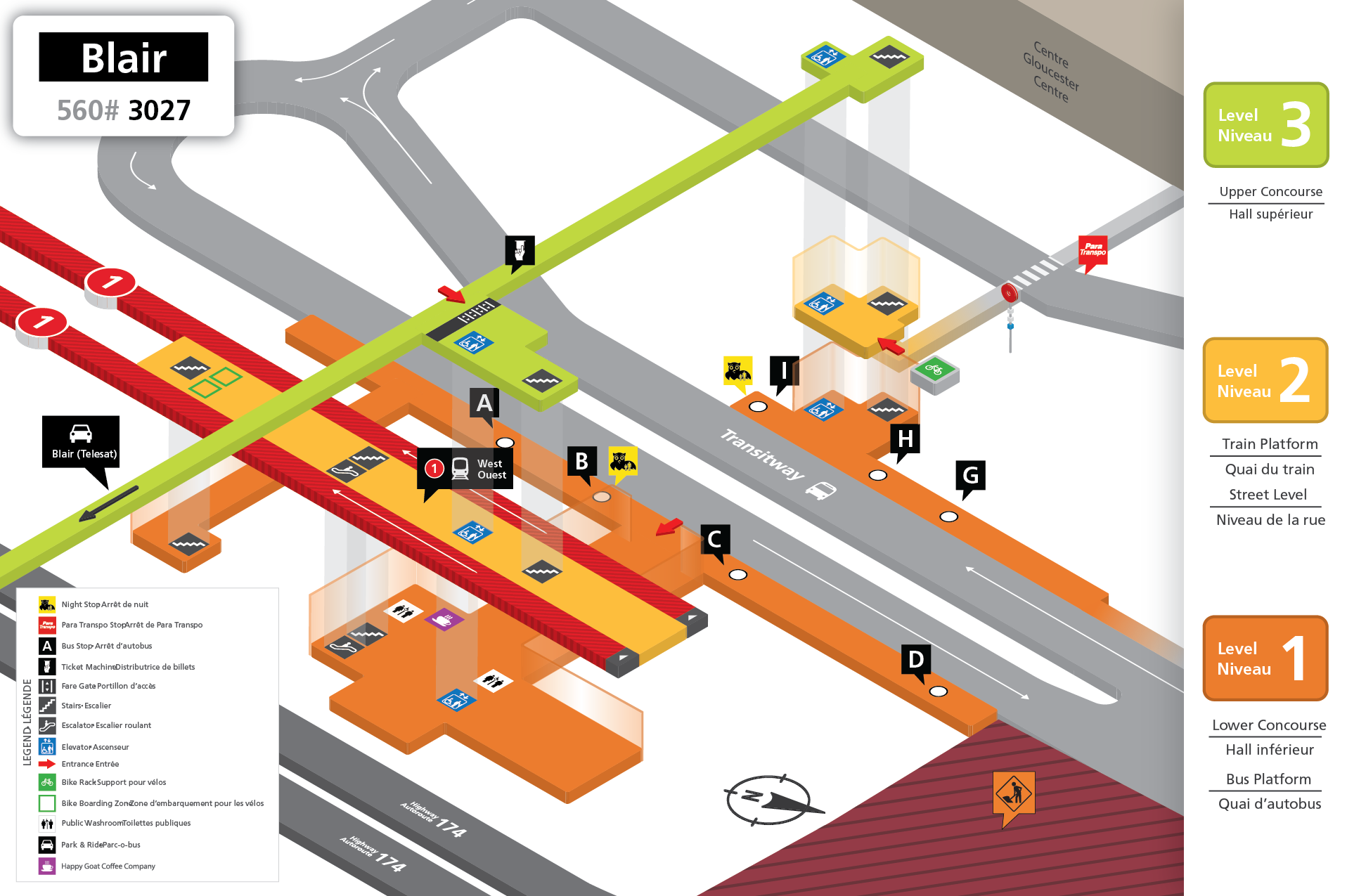 These adjustments reflect seasonal changes in ridership and improvements to service for our customers. Some trip times will be adjusted throughout the network for improved scheduling efficiency. (No change to the number of trips as part of these adjustments.)

On Saturdays and Sundays, the schedules of the following routes will be adjusted to improve reliability of service:

In the afternoon, these Connexion routes will be adjusted to add service to Westboro, Dominion, and Lincoln Fields stations:

Adjustments will be made to better serve customer in the areas of Stittsville, River Road and Riverside South, as well as those connecting to night routes:

The following Connexion routes will be reduced to every hour with no change to first and last trips:

Weekday frequency will be reduced in certain time periods on the following routes, to match seasonal changes in ridership:

Select weekday trips will be withdrawn and frequency reduced:

The following improvements will be made to school service to better accommodate bell times and current ridership:

All buses on our network will be equipped with a bike rack in the spring so riders can continue to rack and roll.

Every Saturday, Sunday, and holiday Monday, between 8:00 am and 4:00 pm, vehicles will not be able to access the westbound lane of the Sir John A. MacDonald Parkway. Many people will walk, skateboard, bike, or inline skate along the Parkway as part of NCC Weekend Bikedays.

The following routes will be detoured during the NCC Bikedays events with minimal impacts to service:

Check the Alerts page for more information about this detour.