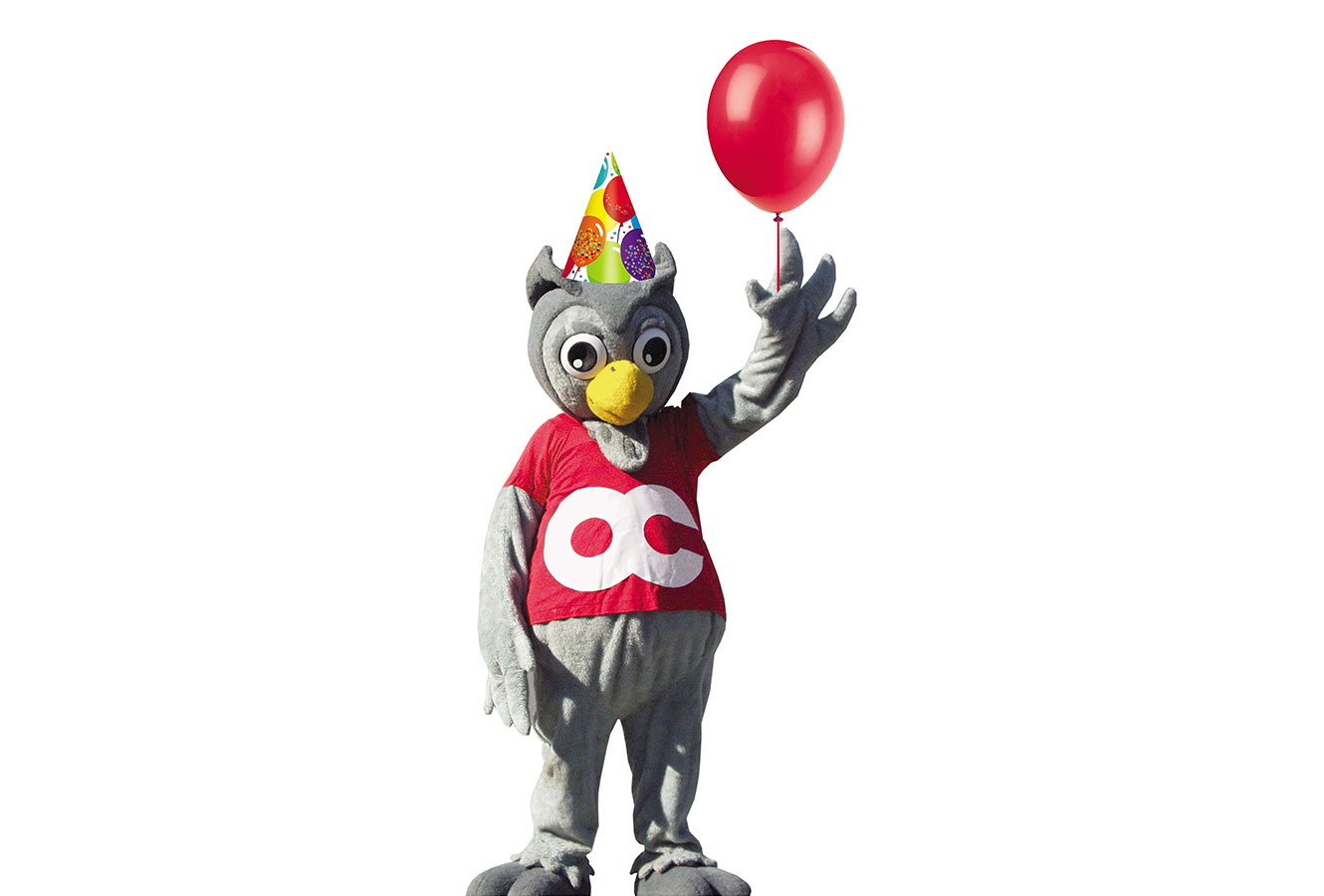 OC Owl has been having a hoot for three decades helping customers safely travel on OC Transpo.

In October 1989, Brian Mulroney was Prime Minister and the top Canadian music artists were Tom Cochrane and Roch Voisine. Also in this year, OC Owl was officially introduced to commuters as a public safety ambassador for OC Transpo’s Transecure Community Watch program.

Everyone’s favourite know-it-owl is a symbol of protection and wisdom. Turning heads for over 30 years, OC Owl has soared around Ottawa teaching customers how to safely travel the transit system.

This familiar feathery face has attended hundreds of schools and community events. 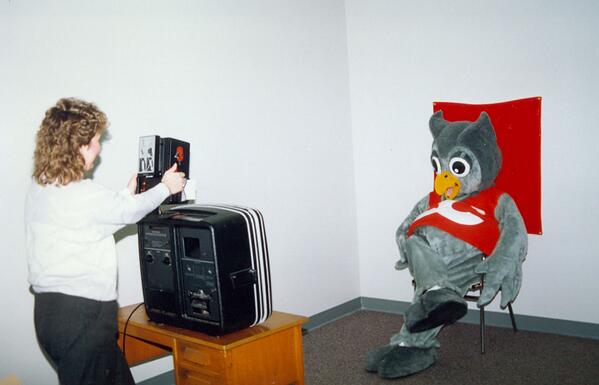 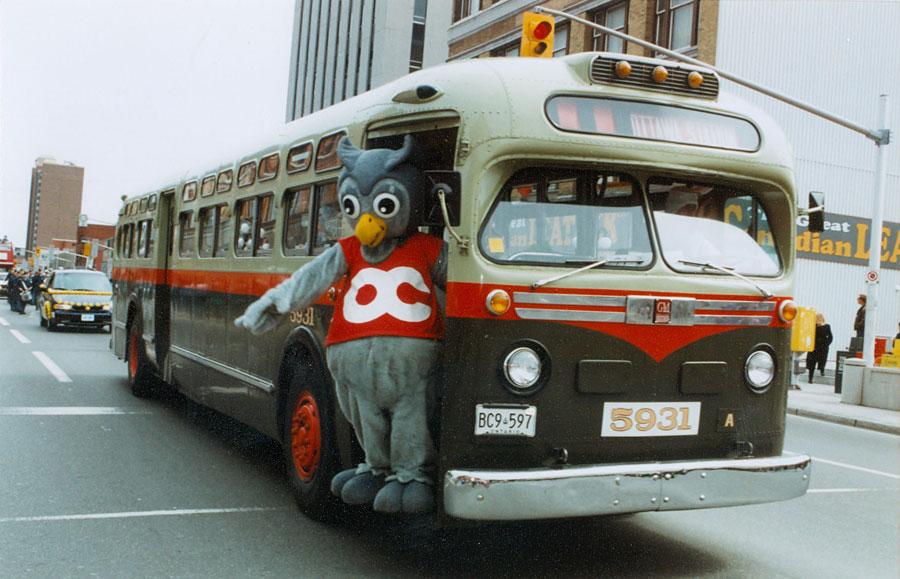 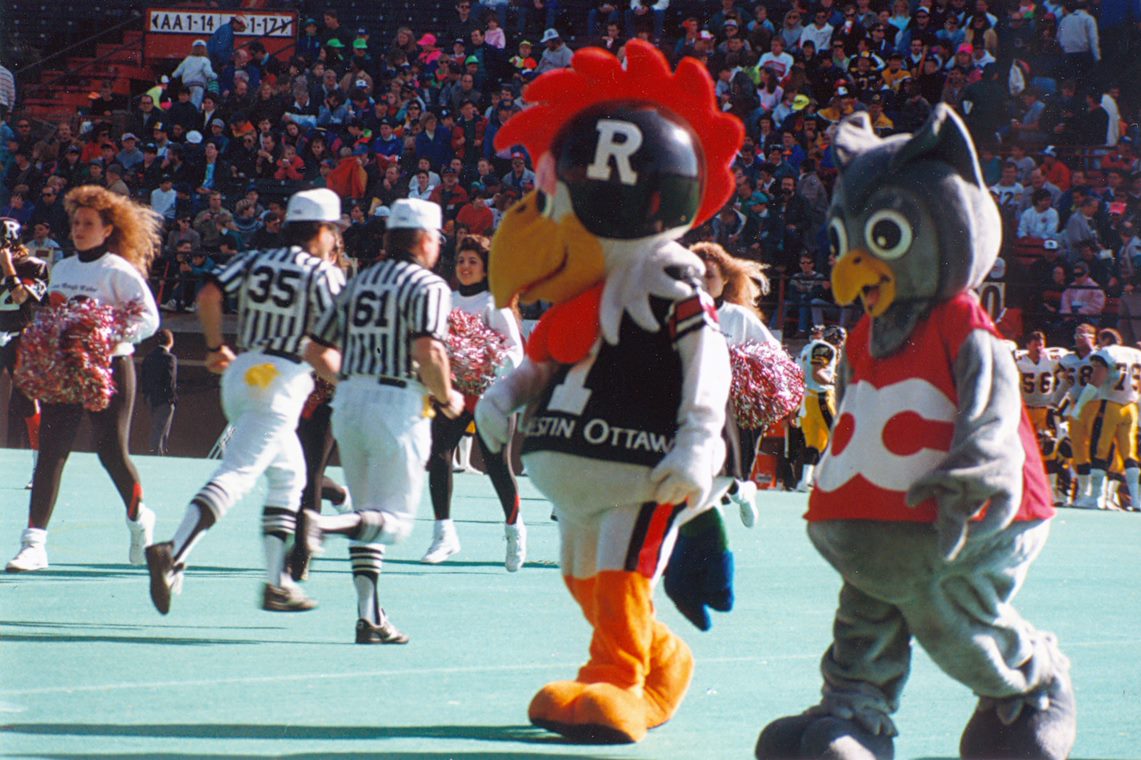 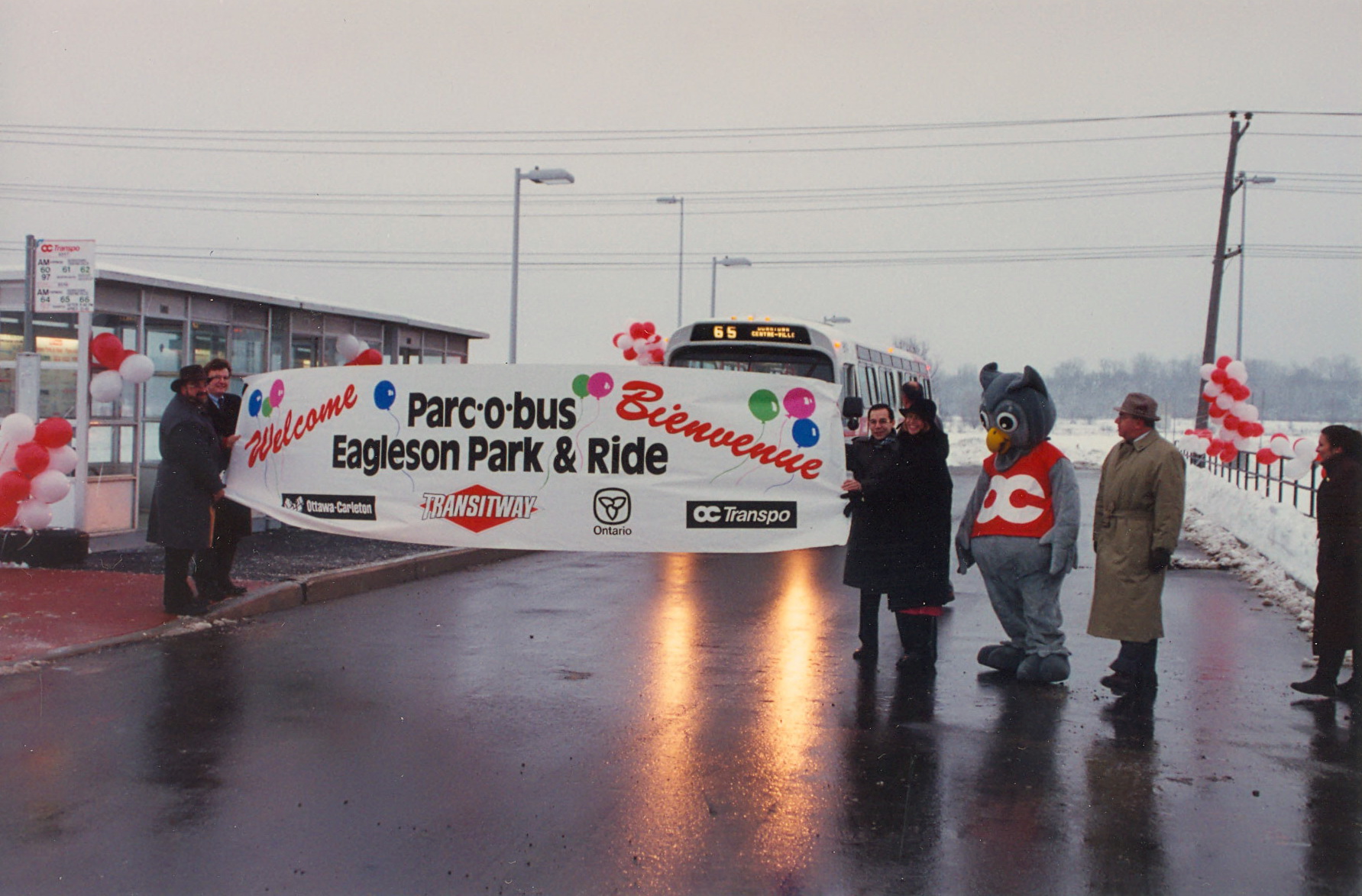 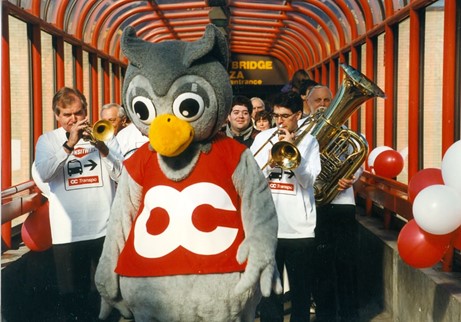 OC Owl and friends celebrate the opening of the southeast Transitway (1996).
6 / 8 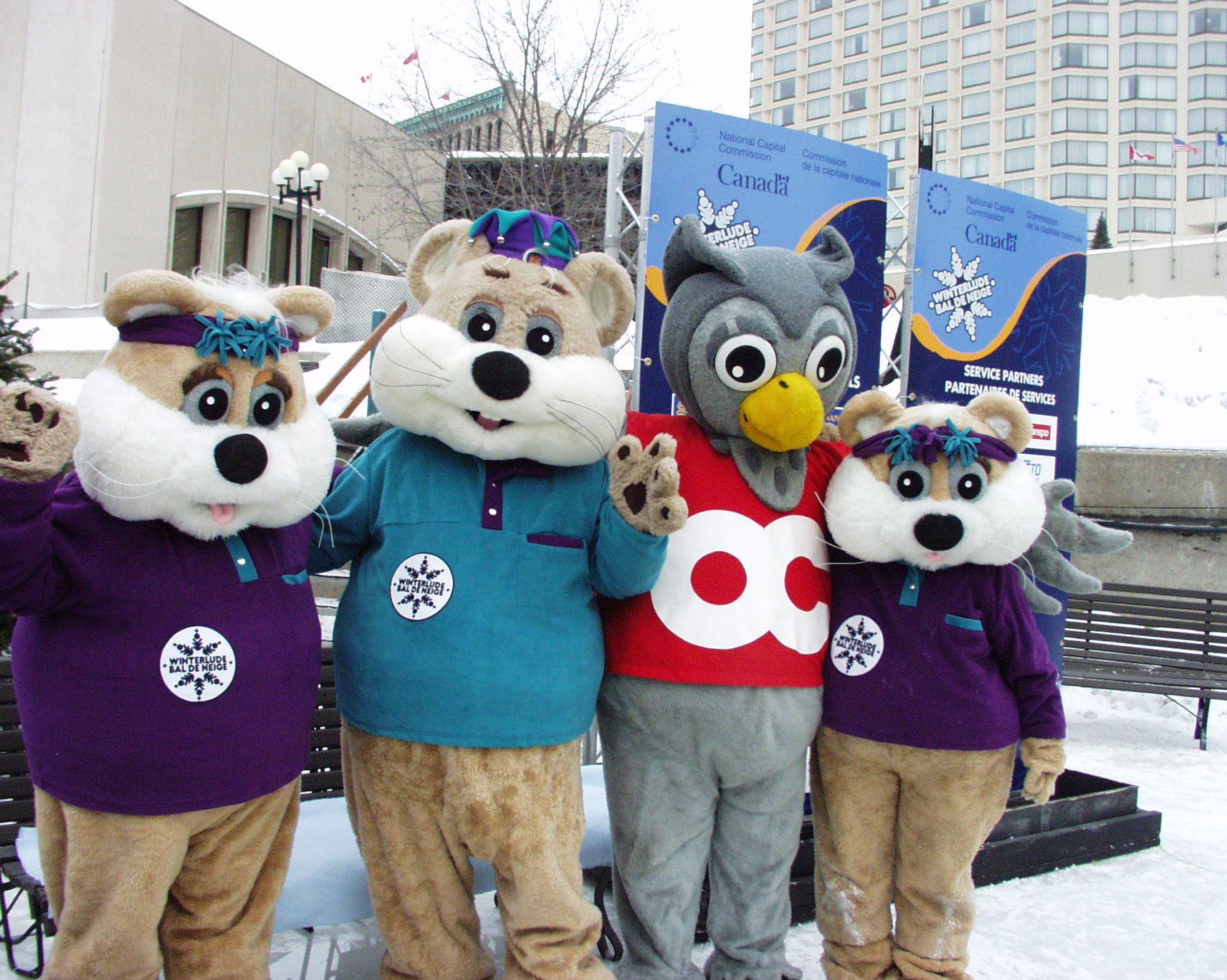 OC Owl spreads its wings with the Ice Hogs to welcome visitors to Winterlude (2001).
7 / 8 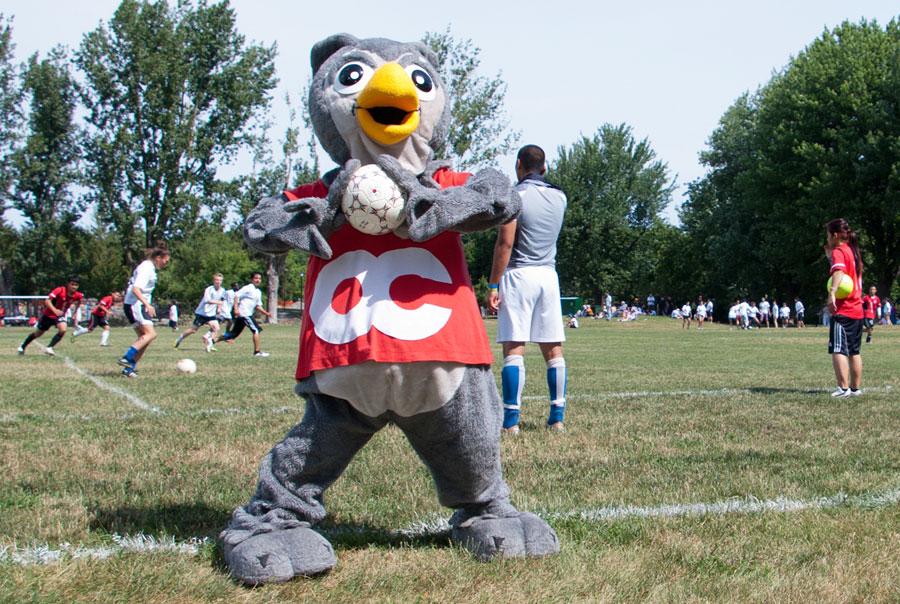 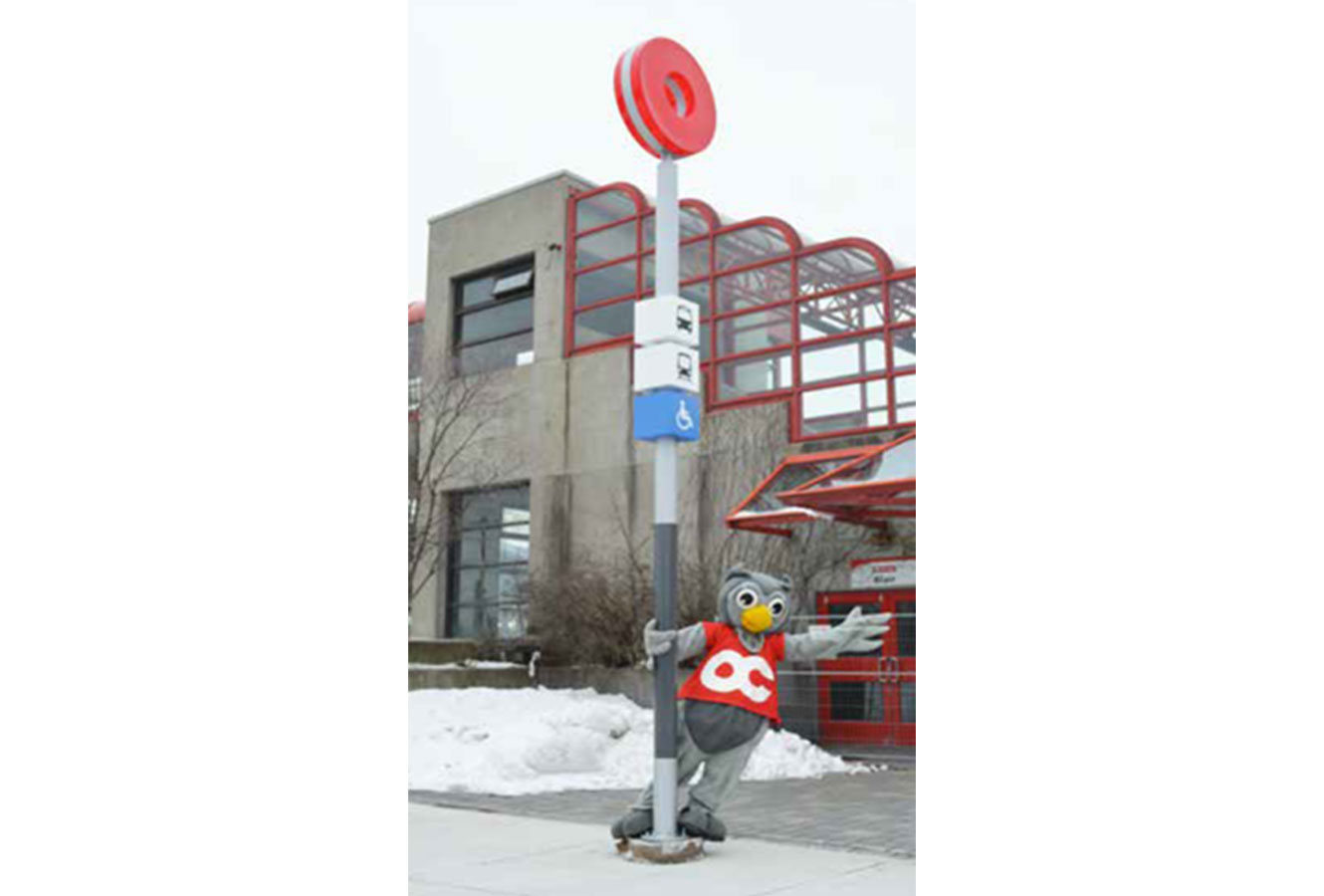 With OC Transpo employees on Ottawa streets and roads 24 hours a day, year-round, the Transecure program has provided residents with an added sense of security. The initiative encourages anyone who is feeling in distress to flag down any OC Transpo vehicle and request help.

Transecure has evolved over the decades to include the Safe Stop program and the “Let OC Transpo Know” Campaign. Customers can find more information, including tips to help them ride safely every step of their journey, by visiting our Safe Travels page.