Bus routes and train lines are organized by service types. Each type has its own colour and symbol telling you when and where a route travels.

A symbol with a white background means that the route only runs during certain times of the day, or on certain days of the week.

Other types of transit service

The O-Train Confederation Line (Line 1) is a 12.5-kilometre electric light-rail service that connects 13 stations from Tunney’s Pasture in the west to Blair in the east.

The full-length of O-Train Line 2 is currently closed for Stage 2 construction. Line 2 buses are operating in place of the train. View closure details.

The O-Train Trillium Line (Line 2) is an 8-kilometre diesel light-rail service running from Greenboro Station in the south to Bayview Station just west of downtown. 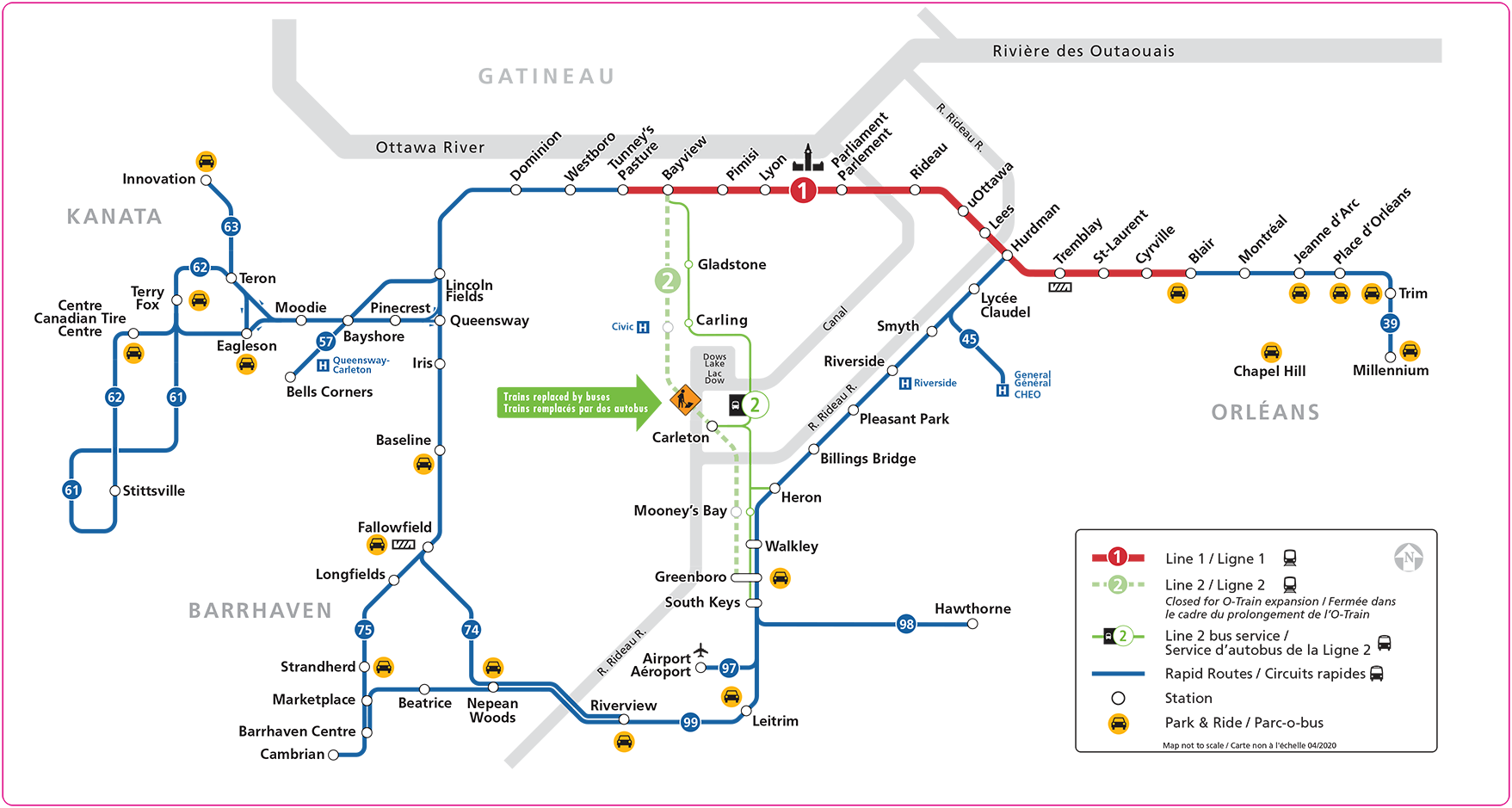 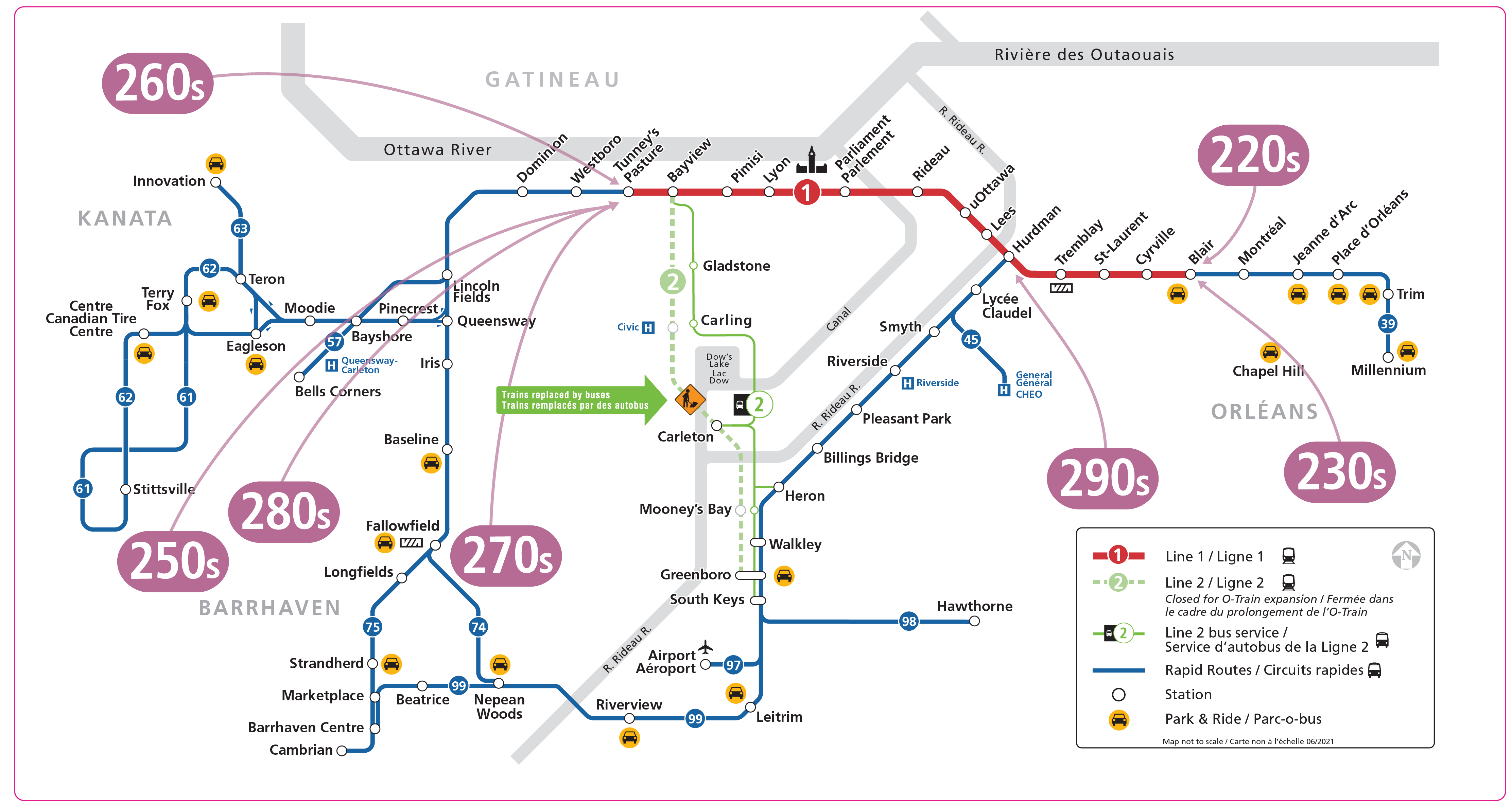 For a more direct trip, in the afternoon:

In the morning, service to these stations is drop-off only. AM service to Baseline is also off-only. 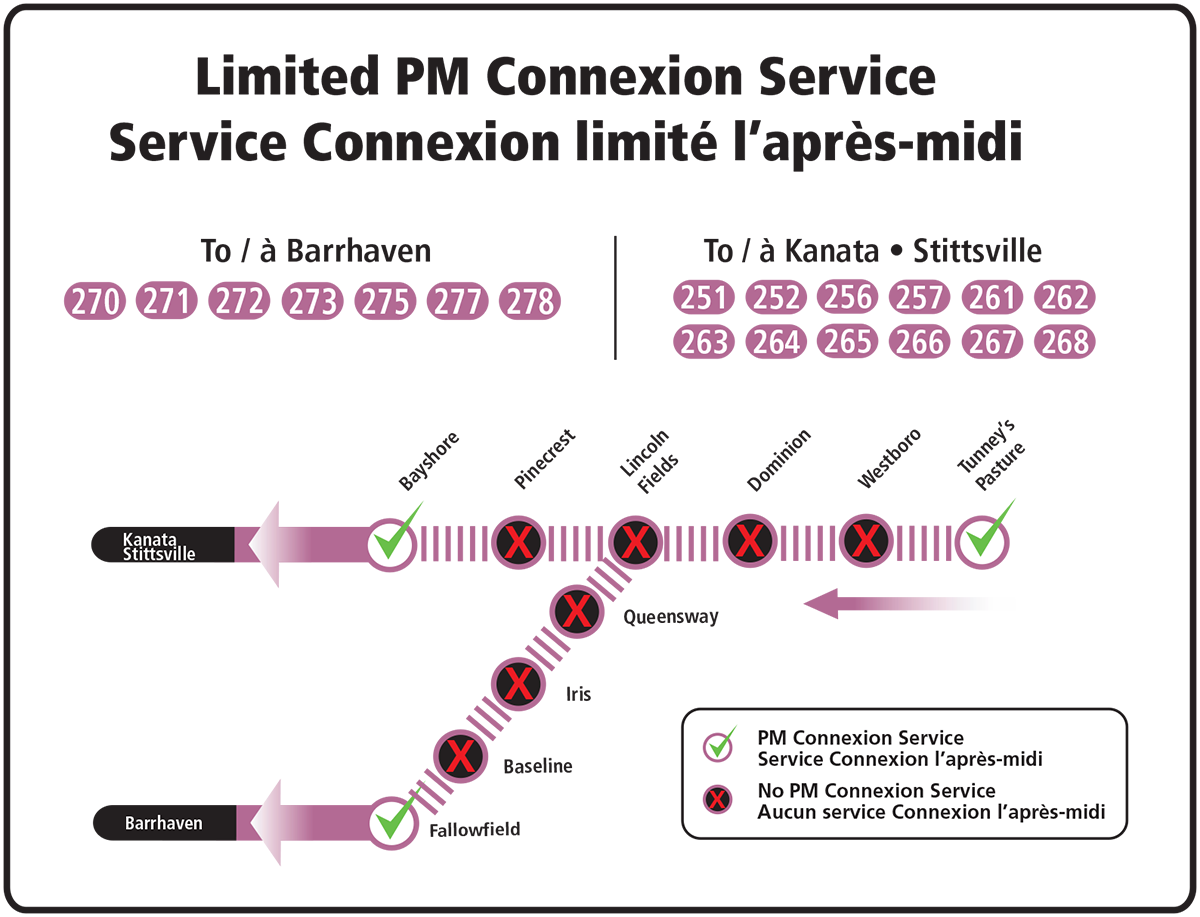 Local routes offer customized routing and schedules to serve destinations that are not on a Rapid or Frequent routes.