Schedules on many routes have been adjusted to match the frequency of trips with Summer ridership levels, and to make schedules more reliable. These service improvements include:

Trips during the morning on weekdays are adjusted on these routes:

Trips during the afternoon on weekdays are adjusted on these routes:

Trips during the evening on weekdays are adjusted on these routes:

Service and capacity will be reduced compared to normal winter and spring service levels in various time periods on these routes:

Trips during the weekend are adjusted on these routes:

All trips, in both directions, will follow a new routing starting April 19 to improve service in Sandy Hill:

Get your new Route 55 Travel Plan 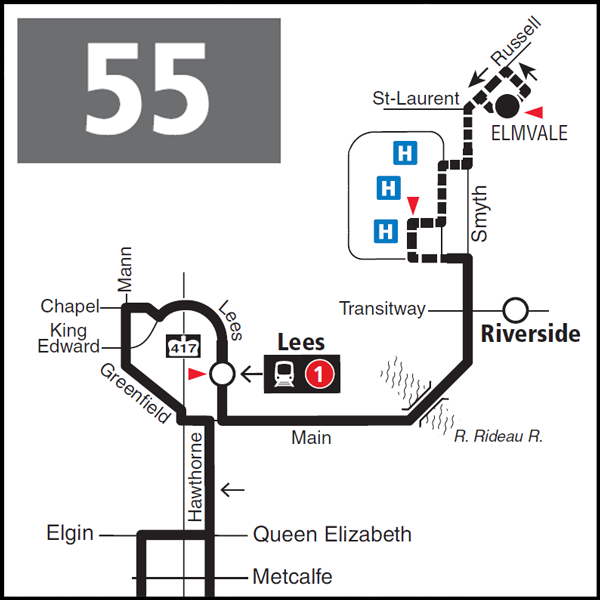 During the morning, some trips on these routes will have a starting point earlier in the route:

At Blair, Lincoln Field, and Place d'Orléans Stations, bus stops are changing to reduce platform crowding and to group neighbourhood routes together at one stop.

O-Train Line 2 is now closed for approx. 2 years in preparation for Stage 2.

The last day of O-Train service on Line 2 was Saturday May 2. 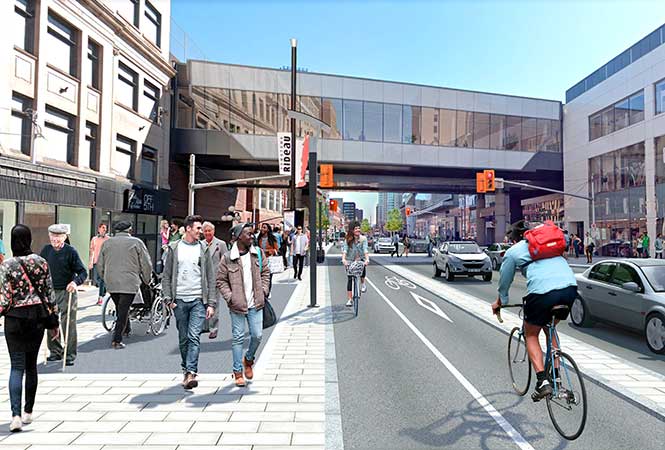 These routes will be detoured until Rideau St. re-opens in late 2020:

STO bus stops on Rideau will also relocate close by.

The Rack & Roll program returns again this spring! Starting in May, these bus routes will be equipped with a bike rack:

From now until Sunday, September 6, the westbound lane of Sir John A. MacDonald Parkway will be closed to motor vehicles as part of the NCC Outdoor Wellness Project. Every Saturday and Sunday this summer, between 8 am and 4 pm, only cyclists will be able to access the westbound lane.

Route(s): 57, 61, 62, 63, 74, 75, 83, 87 (Westbound Only) will be detoured during theses events with minimal impacts to service. Check the Alerts page on Saturday and Sunday mornings for more information about this detour.

Work on Ottawa roads and bridges continues into the spring and could lead to service delays and detours. Check the Alerts page for a full list of ongoing and planned detours.