How often will it come? 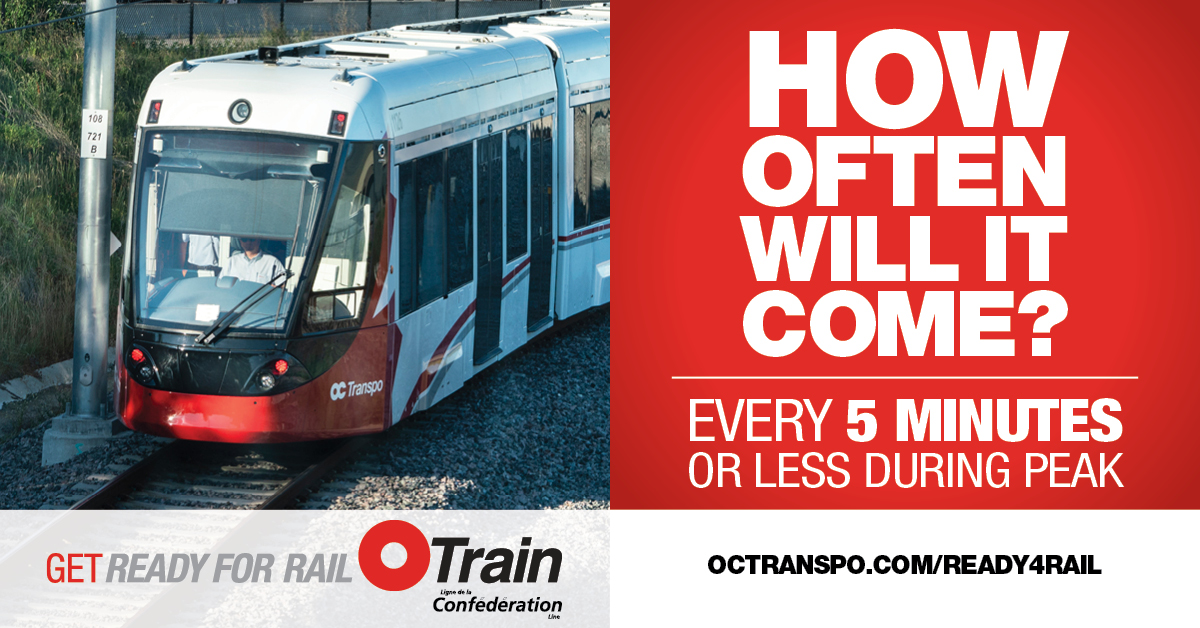 Every 5 minutes or less

Trains on the Confederation Line will operate very frequently, so waiting time will be minimal as you transfer from your local connecting bus route. At rush hour, trains will run every 5 minutes or less, and the lowest frequency service planned for the Confederation Line will be after midnight and during some weekend time-periods, when trains will be 15 minutes apart.

In addition, each two-car train will have room for 600 passengers. Combined with the high-frequency schedule, service is designed to never leave people waiting.

With speeds of up to 80 km/h, you will be able to travel the entire 12.5 km distance between Blair and Tunney’s Pasture stations in under 25 minutes.

Schedules and travel times will be predictable and reliable, because trains will be travelling along a dedicated rail corridor that is not subject to traffic delays, congestion, or slow driving conditions due to weather.

O-Train service on the Confederation Line will run from early in the morning to late at night, every day of the week.